June 11th: International Day of Solidarity with Marius Mason and All Long-Term Anarchist Prisoners. In the 16 years this tradition has been observed, June 11th has facilitated support and action inspired by imprisoned anarchists — from noise demonstrations outside of jails to letter-writing nights, from fundraisers to arson. Setting aside this day is one way of remembering anarchists who are serving long prison sentences, generating support for them, and inspiring solidarity actions.

Because social struggles phase in and out, this day is a way to make sure that our imprisoned comrades are not forgotten. June 11th is a way of combating amnesia, of trying to sustain a long-term memory in the anarchist space. June 11th is a day against oblivion.

The context of June 11th this year is one in which our lives have been wrenched out of normality. A scary time, but also a time for innovation. And an especially important time to remember and support our imprisoned loved ones. While calls to release people from jails, prisons, and ICE detention facilities during the pandemic are growing louder and having some success, it’s likely that many of our comrades’ names will not be on the list for early release. Whether it’s due to marginalized identities, terrorism enhancements, a history of standing up to guards and prison administration, or just being an outspoken anarchist, this means that their long sentences and already abhorrent health care and mistreatment could carry even worse consequences.

Our new daily lives and our responses to the pandemic can carry with them the memory and support for imprisoned anarchists. Where we are working fewer hours, we can write more letters. Where our kids are now learning from home, we can include prisoners’ names in lessons about courage and about state repression. Where we give ourselves over to mutual aid projects, we can take inspiration from our comrades and invoke their contributions and memories 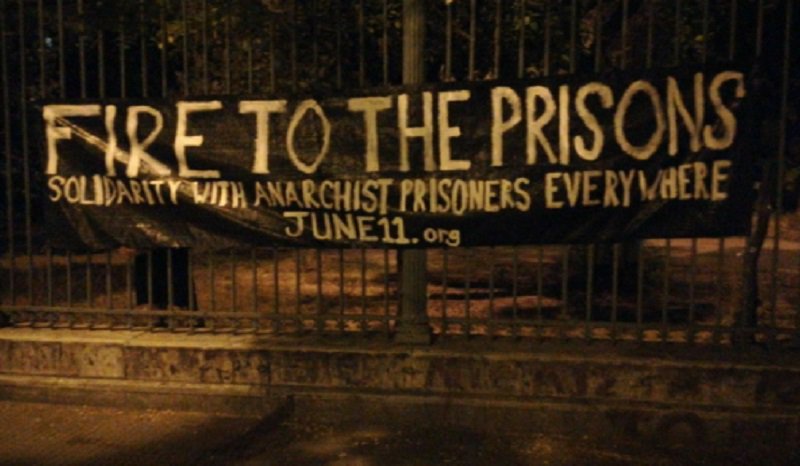 In the last year, Connor Stevens of the Cleveland 4, all remaining members of the Conspiracy Cells of Fire urban guerrilla group in Greece, and Tamara Sol in Chile have been released from prison.

Eric King is still in segregation and now faces a 20 year charge related to self-defense actions he took in 2018. His support team has started a legal defense fund, and his lawyer filed a motion in March for a hearing related to abuse against him.

Michael Kimble was put in solitary after defending a prisoner from being beaten by guards. In February he and his support team launched a fundraising campaign for a lawyer to overturn his conviction.

Jeremy Hammond was called in October to testify in the same grand jury that re-imprisoned Chelsea Manning. Both refused to testify. In March, Jeremy was released from contempt as the grand jury concluded and was returned to the federal prison system.

Marius Mason continues to serve his 22 year sentence, currently at Danbury CT. He is petitioning for compassionate release for health reasons during Covid-19.

Lisa of the Aachen bank robbery case was recently restricted by a prison magistrate from being able to leave prison on weekends and during the day. 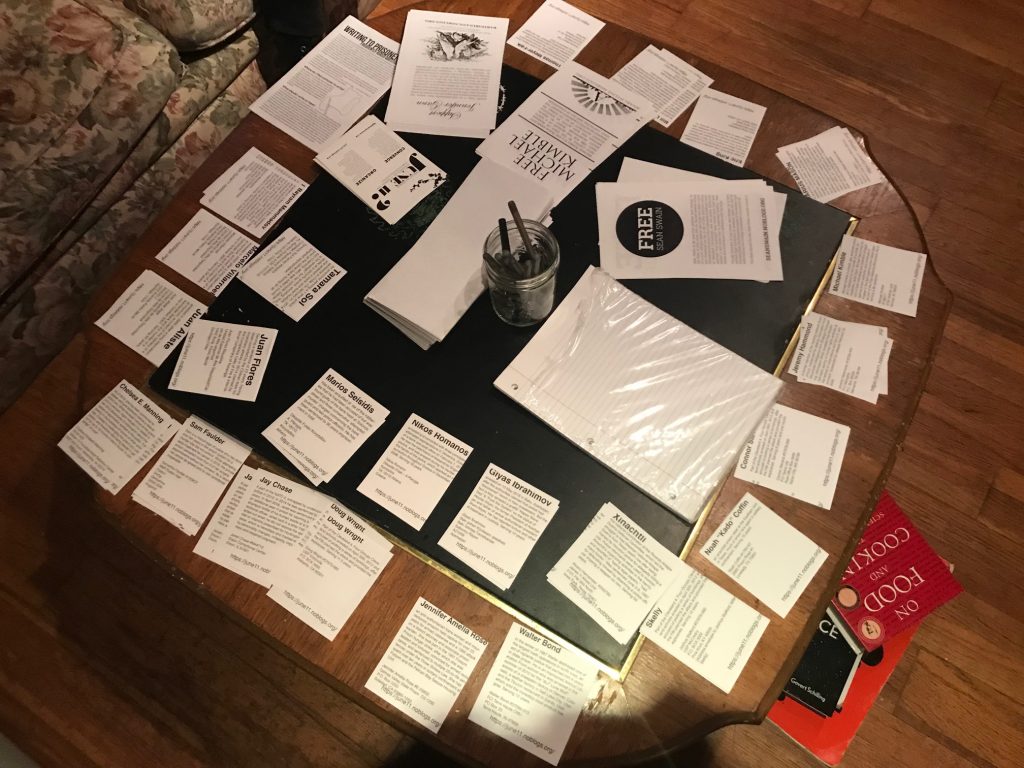 As members of the struggles of the ’60s and ’70s complete their sentences, and younger partisans of recent struggles emerge from shorter stints in prison, we can connect with them in mutually-enriching relationships. The challenges of being released from prison can be mitigated by a strong community of support; communities of support can deepen their own understanding of prison by direct interaction with former prisoners. These relationships can strengthen each of their participants, and expand beyond in the form of new projects and initiatives to free those still held captive.

One important and often neglected aspect of prisoner support is aid to the families of the imprisoned. Family members – often constituting a prisoner’s primary or only base of support – bear the emotional, financial, and mental hardships of their loved ones behind bars. The exorbitant costs of commissary, phone calls, and visits put undue strain on those who, in most cases, are already struggling to make ends meet. Social atomization, which leaves most of us feeling lost, can be hell for those whose close companions have been stolen by the state, and who lack communities of support. These struggles continue after prisoners are released, with friends and family trying to find them employment, places to live, help with parole or other forms of diffuse detention, etc. Project FANG provides travel funds to the families and friends of animal and earth liberation prisoners, allowing them to visit their imprisoned loved ones. The Rosenberg Fund for Children provides aid to the children of activists targeting by the state. Aside from supporting these projects, we encourage anarchists to form relationships with the families of anarchist prisoners: some may not share our ideas (though many do!), but they do share our desire to see loved ones in prison survive and thrive.

As the world descends further into crisis, we are less and less able to evade questions about how we live, what sorts of relationships we create together, and what worlds we wish to inhabit. On the one hand, there is ever-increasing state power, the slavery of the individual to the technological system, and the anomic loneliness of modern life. On the other, there are complex and difficult possibilities of decentralized lifeways in which individual freedom and shared joys mix in an alchemy which affirms both. Our bonds, tempered over years of living and fighting together, can prove the starting point for these new forms of existence. Those behind bars – who we have kept present with us in our garden plots and forest wanderings, in the melodies of our songs and in the adrenaline rush of our night work – are a part of the new world we hope for. Let’s not forget them for one moment.

We encourage translation and dissemination of this call. Please email translations to june11th (at) riseup (dot) net.