As time moves on and the seasons change, we approach once again the June 11th International Day of Solidarity with Marius Mason & All Long-Term Anarchist Prisoners. Another year has passed, and many of our dear comrades remain captives of the state, subject to its daily subjugation, isolation, and brutality. June 11th is a time to stop the ever-quickening rush of our lives and remember.

WE ARE ALL POTENTIAL PRISONERS

With June 11th, we desire to deepen a critique of prison that challenges the distinction between prisoner and supporter. For us, these differences are conditional: we, as anarchists, see ourselves as potential prisoners. Some of us have been, some of us will be. This is the basis of our solidarity – a recognition of ourselves in the plight of those in prison.

The continuum of prisoner and supporter can only be seen as tenuous if one looks to the examples of imprisoned and formerly-imprisoned comrades: Marius Mason’s activity with the Anarchist Black Cross, Bill Dunne’s liberation of an anarchist prisoner, Pola Roupa’s attempted helicopter rescue of anarchist prisoners, Claudio Lavazza‘s actions to liberate prisoners. The connections deepen when one considers that numerous anarchist prisoners are locked up for attacks on prison, judicial, and police institutions; and that others connect us to prisoner uprisings from California and Alabama to Greece and Italy.

END_OF_DOCUMENT_TOKEN_TO_BE_REPLACED 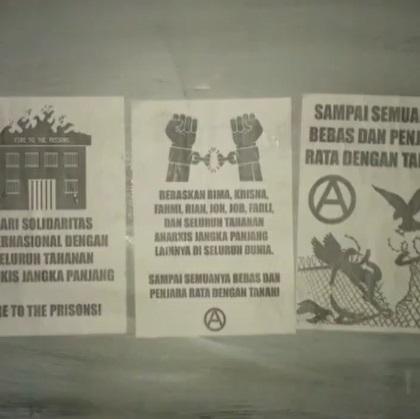 We claim that the ATM sabotage action in the early hours of June 11 in Solo, Central Java and the vandalism in Sidoarjo, East Java were the individual actions of our conspirators.

“We see their problem as lack of ambition. – Aragorn!”

At times like this we are haunted by the values ​​and products of the techno-industrial civilization that dominates us and even penetrates the joints of our lives, we carry out our daily activities which are definitely determined by civilized morality, even in anarchist social circles that still exist. until now still glorifying these values, from this opportunity we draw a dividing line between those who are conformists and those who only rant but never spit those words out because they don’t need to be on our part!

“Anarchy does not mean to agree. – CCF”

With a fiery night we carried out the attack in solidarity with long-term anarchist prisoners everywhere, in particular Alfredo Cospito who is currently undergoing prison isolation and termination of correspondence, while simultaneously preserving the memory of our dear friend who has been arrested and is currently languishing for a very long time. behind bars. The defiant desires of those in prison (such as the practice of hunger strikes) inspire us and propelling us further towards the explosion of endless insurrection in every gap of the momentum to attack, in our opinion they are steadfast friends, even though they are very depressed by the chain of domination of the prisons of the techno-industrial society and state institutions.

END_OF_DOCUMENT_TOKEN_TO_BE_REPLACED

From Contra-Info Via Dark Nights 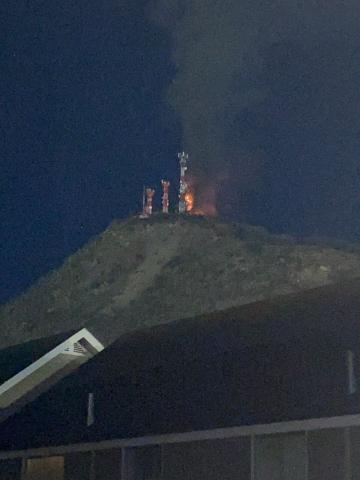 “Certain human cultures have been waging war against the Earth for millennia. I chose to fight on the side of bears, mountain lions, skunks, bats, saguaros, cliff roses and all things wild.”

It has been 13 years since our comrade Mauricio Morales, the punky, left his earthly life in the midst of the offensive that with courage and will he raised against the tortured bastards of the gendarmerie school. Unfortunately, the explosive device he was carrying started earlier than expected, generating the consequences already known by many. We embrace punky and his actions from the depths of our irreducible spirit, meeting him on different fronts: against prisons, capital, speciesism and civilization.

It is in this last front, responding to the call to raise the memory of punky in this Black May, is that we have decided to attack a telecommunications antenna of the Entel company, located on a hill in the commune of Puente Alto, in the capital of the territory dominated by the Chilean state. We are and will always be against the advance of technology and the digitalization of our lives. The existence of these means the exploitation and devastation of the ñuke mapu, the extraction of its minerals through the genocide of wild species in pursuit of the filthy commodities needed by the warriors to reproduce their cursed existence. Antennas like this one erode their natural environment, both at the time of their installation, as well as in the recurrent maintenance they require. Moreover, the effects on the different beings produced by a world overloaded with electromagnetic waves through these antennas and new technologies such as the 5G network are doubtful. We are not scientists nor do we pretend to prove that they do harm, but the invitation of our instinct to destroy them is enough for us.

END_OF_DOCUMENT_TOKEN_TO_BE_REPLACED 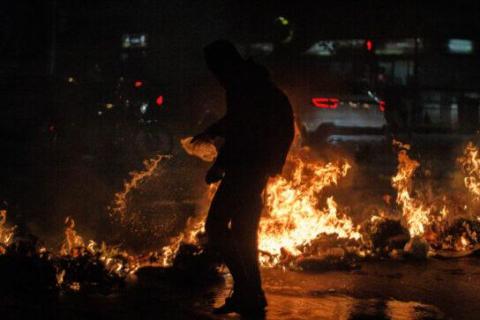 «Those who decide to rebel against the misery implanted since birth only know two fates: jail and death, we whisper a third option, ATTACK».

Confronting this new restructuring of state-capital with a progressive face, that is only here to continue and perfect the police-military-neoliberal-extractivist regime that they want us to submit to by all means, we consider it’s necessary to advance in the accumulation and coordination of revolutionary forces, that, from multiple guerrillas, are resolute in uprooting this system of misery and death.

This time, as irreducible individuals we set out to twist the established order, directly confronting its cops, shining over its ugly machines, with the purpose of contributing to the ongoing war, adding this focus of street confrontation with the purpose of obstructing the flow of the decadent productive normality of Santiago, one Friday, in coordination with the different demonstrations and activities taking place at the same time in that city.

This action is not born of the student world, it sprouts from the determination of an autonomous group, anarchic, informal and territorial that makes use of and takes this historic site of struggle (Macul con Grecia) to test our powers, test our weapons, train and practice diverse street combat techniques with the purpose of sharpening evermore the anarchic revolutionary practice and outlook.

END_OF_DOCUMENT_TOKEN_TO_BE_REPLACED

Cincinnati’s soliparty at Rainbow gallery was great. More participation than the past few years for sure, with several dozen letters written, clothes printed and buttons pressed, prison abolition zines distro’ed, live soundtrack by Decide Today + Evolve 23 + Motebook, and donations being forwarded now to Marius’ support! Spirits are high after a recent direct action downtown against Procter & Gamble, it’s shaping up to be a decent year here. (A) in the 513! 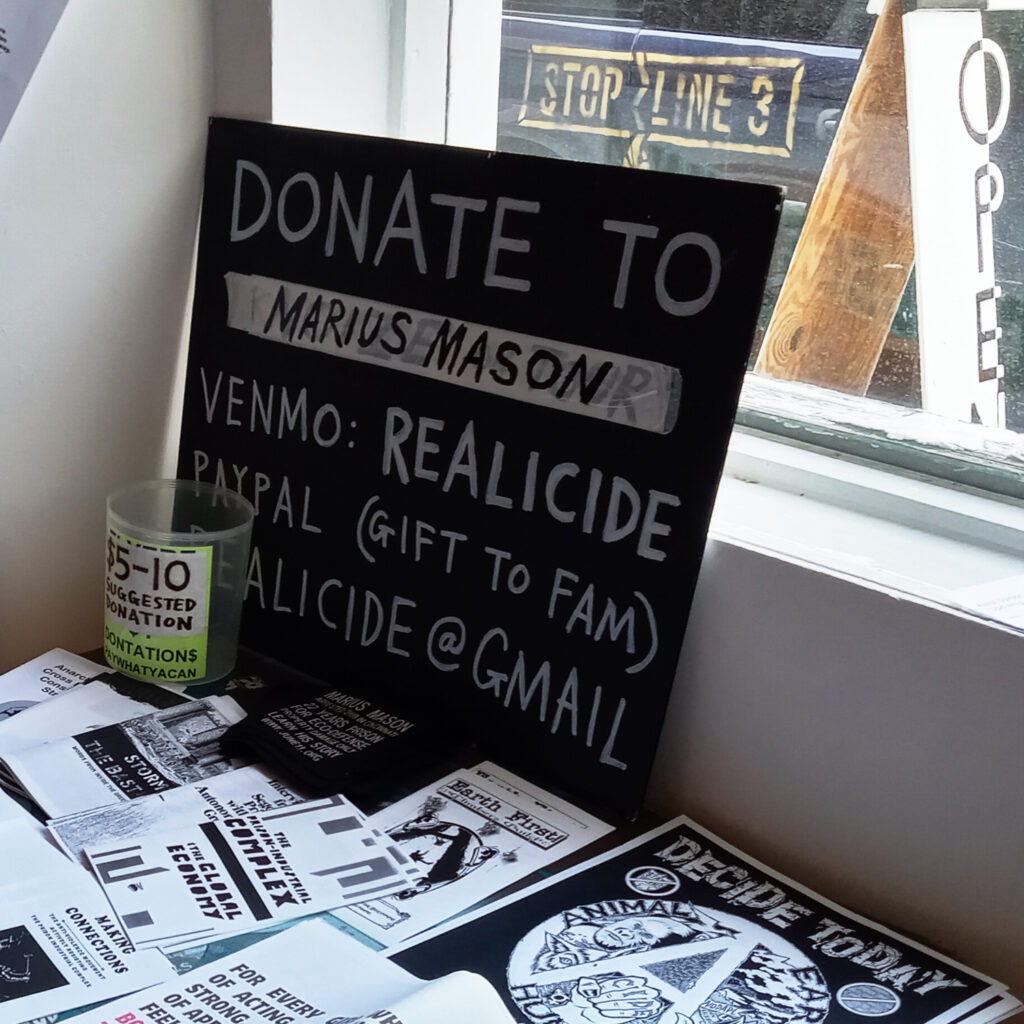 END_OF_DOCUMENT_TOKEN_TO_BE_REPLACED

We smashed out all of the windows of the “Hope” pregnancy center on Broad st. We are tired of your “family values” and you forcing families, and your values onto our bodies. This fake clinic spread lies and is part of a broader attempt to strip away body autonomy from hundreds of women and people. We are inspired by the actions of comrades in Wisconsin, Colorado, New York, and a growing list of places. If the attack on abortion does not stop our attacks will broaden. This is also intended as a small gesture of complicity with all those imprisoned by the state, in honor of June 11th.
-Anti Hope Brigade 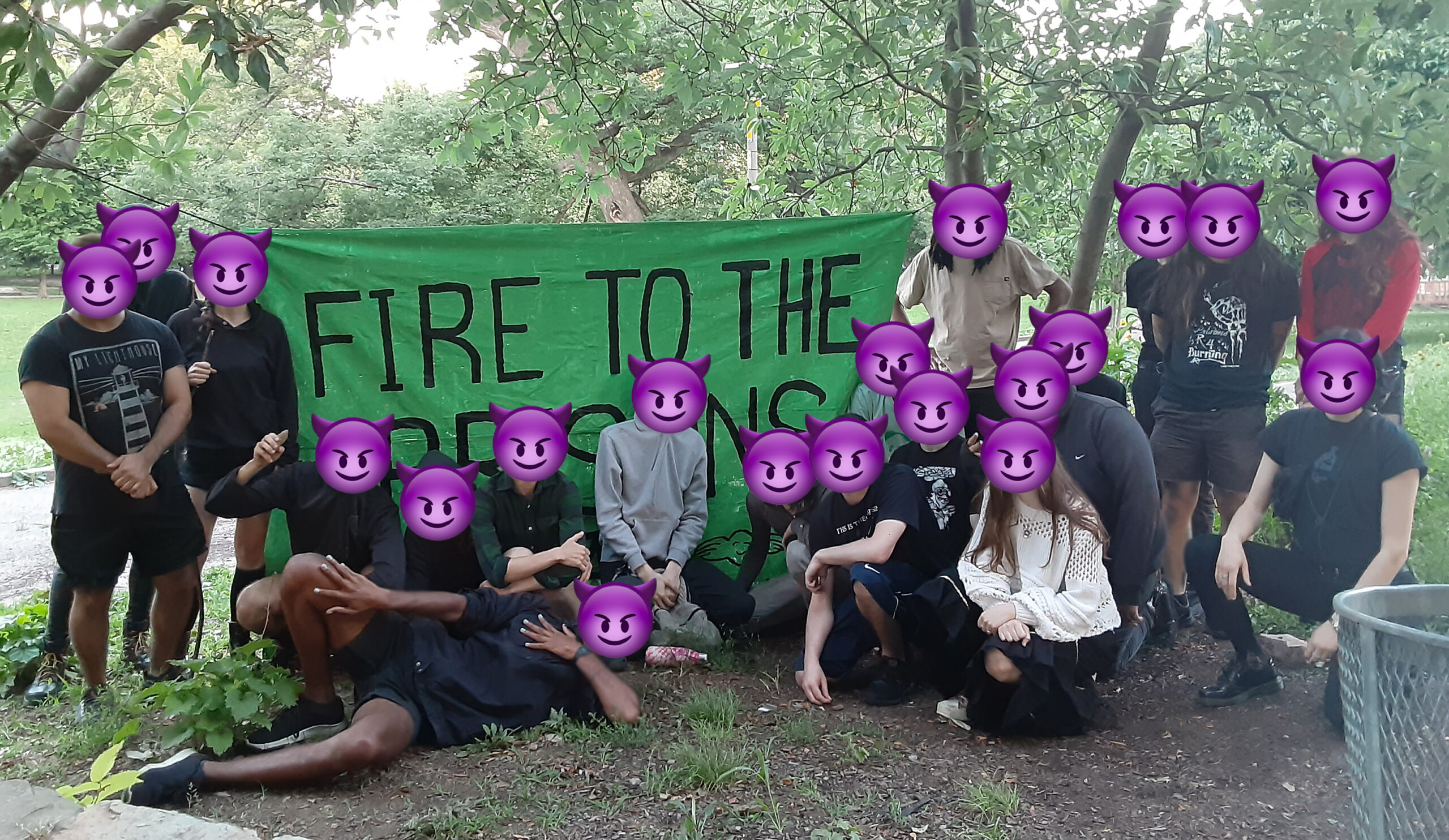 This year a BBQ fundraiser was organized for June 11th, in solidarity with anarchist prisoners and against all imprisonment. People got together to eat vegan foods and hang out. Suburbicide distro (http://suburbicide.keybase.pub/) came out with zines, stickers, and patches. At the end of the night the event raised $178 all of which is going to anarchist and political prisoners.

From Act for Freedom Now!

War in the Heavens

J 11. Open Letter in solidarity with Juan Sorroche
Hi, Juan. I’m writing this letter to express my solidarity and send you a big flaming hug of anarchy for the date of June 11th. This date, which is the date of the sentencing demands from the prosecutor, and also is the date for the International Mobilization for Anarchist Prisoners, is one more day in our intransigent lives.

Most likely, you may not remember me, but we met approximately 15 years ago, in Carcelona (i.e. Barcelona, a play on words which mixes the word “Barcelona” with “carcel” or prison in Spanish – translator’s note). I recall your broad smile, your laugh, and your warm and strong heart.

I saw your letter in Respiro number two with a collage of sunflower
seeds and a zen squirrel! Comrades from the Anti-repression fund of the Western Alps sent it to me while I was in the prison of Bristol, which I’m now banned from. When I see the artwork letters of my comrades, it gives me strength. I want to share this vitality with you and all the other comrades through this letter.

END_OF_DOCUMENT_TOKEN_TO_BE_REPLACED 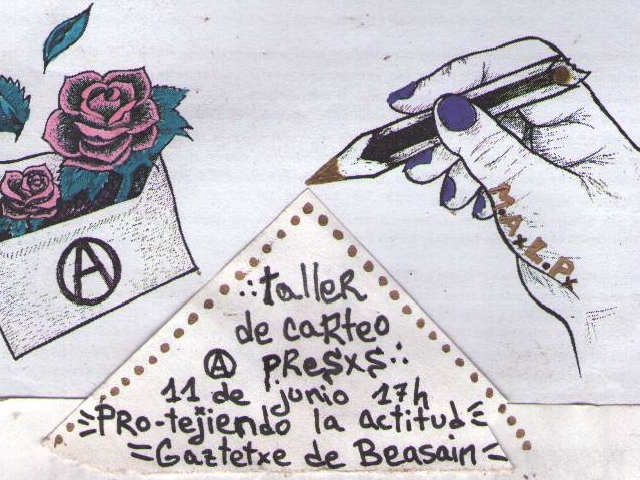 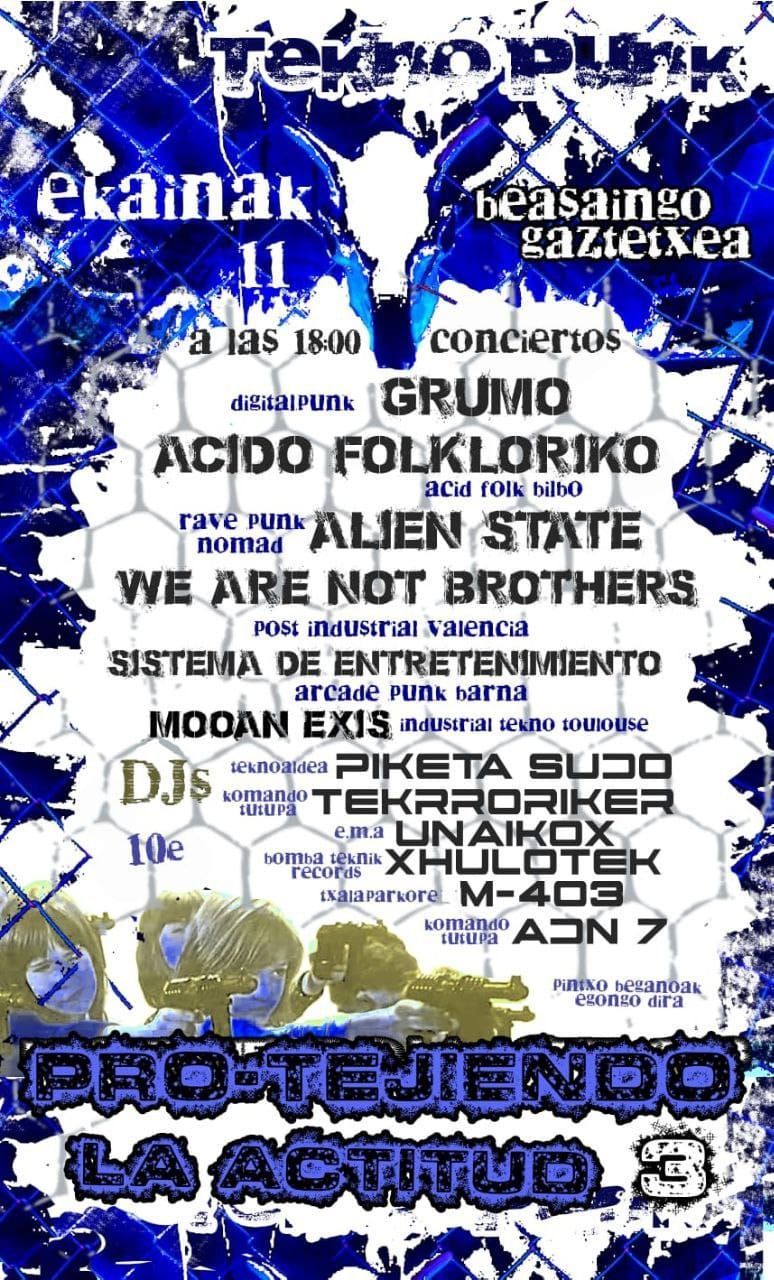 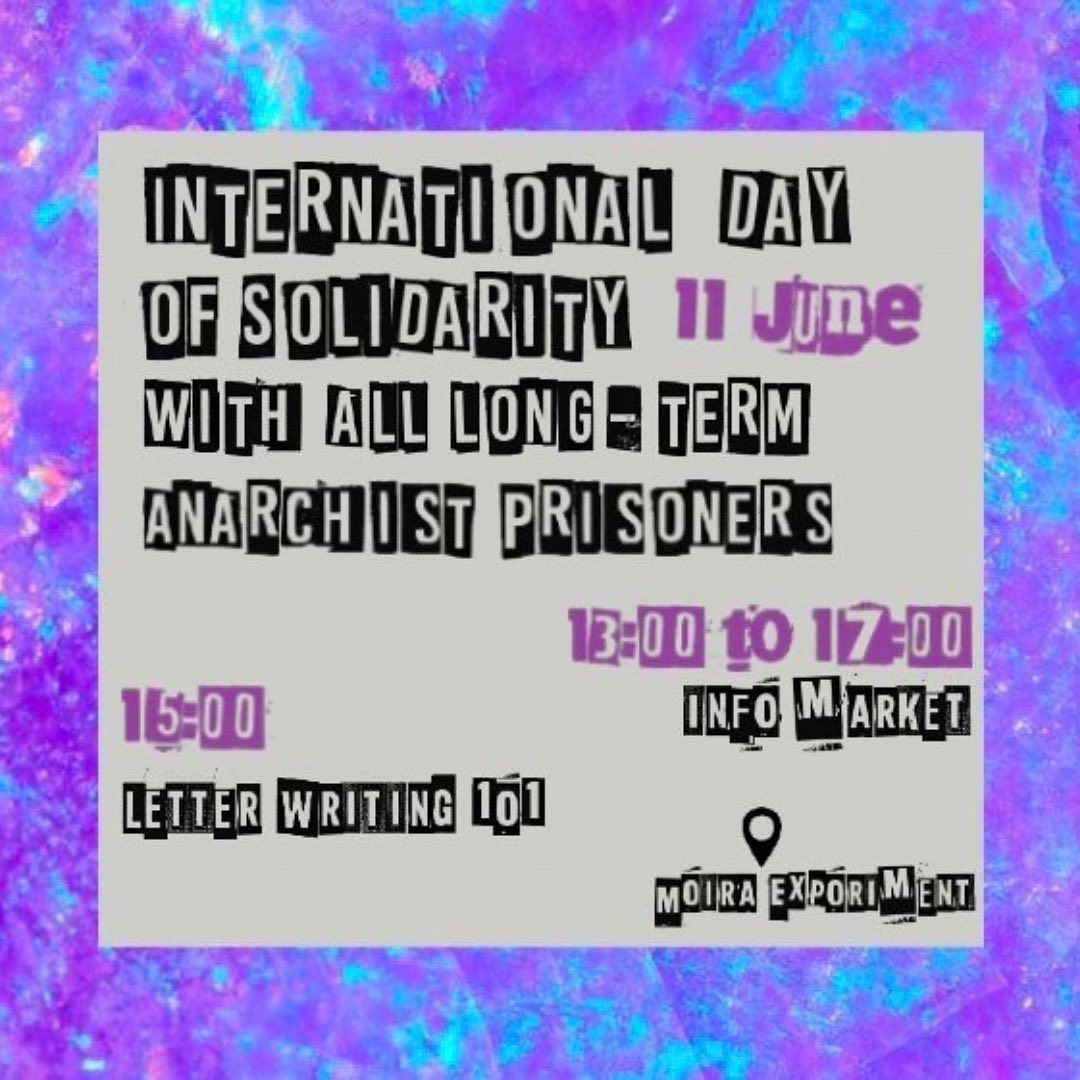 International Day of Solidarity with Marius Mason & All Long-term Anarchist Prisoners. Come learn more about long term prisoner support campaigns for trans, queer & femme anarchists. We’ll have an infomart with resources about how to write & otherwise contribute to the support work for different comrades facing long sentences around the world, as well as zines of their personal writing, background info on their legal cases and more general information on state repression against anarchist groups & organizing. At 15:00 there will be a short introduction on how to start writing to incarcerated folks in different countries,

END_OF_DOCUMENT_TOKEN_TO_BE_REPLACED

From Treason in Faux Furs 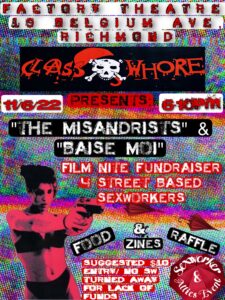