From The Anews Podcast!

Welcome to the anews podcast. This podcast is on anarchist activity, ideas, and conversations from the previous week on anarchistnews.org.

TotW conversation this week with ariel and multiple guests on supporting anarchist prisoners, and June 11.

One of the New Things in the Library (readings from new entries to theanarchistlibrary.org), with octox!

Please join MWBTP this Saturday for a letter-writing and book-packaging party in observance of June 11th International Day of Solidarity with Marius Mason and Long-Term Anarchist Prisoners!

Plus: A June 11th zine made for the event 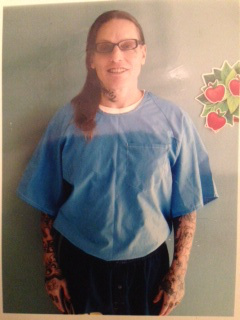 I have a lot on my plate. Like Marius, I’m also a student paralegal – recently enrolled in Blackstone Paralegal Studies Program. I’ve also applied for summer courses at Coastline College.

On top of that I’m always pursuing various writing projects, and have recently been granted a writer’s mentorship after being accepted into the Writer’s Cohort of Empowerment Avenue & Prison Renaissance Project, started by Rahsaan Thomas at San Quentin. All this, in addition to my prison job assignments on the Recycle Crew, ISUDT Intensive, and Inmate Advisory Council (I.A.C.) Transgender Rep.

I’m always busy answering a stack of mail, reading books/zines, and pursuing my legal campaign for Executive Clemency/commutation of sentence, and to challenge the unfair parole denial and housing discrimination. I recently hired the National Clemency Project to help prepare my commutation application packet. I need support letters!

END_OF_DOCUMENT_TOKEN_TO_BE_REPLACED 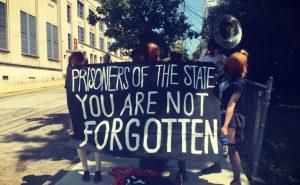 June 11th is the international day of solidarity with Marius Mason and all long-term anarchist prisoners. This year we want to explore the connections between long-term prisoner support and anti-repression efforts around recent uprisings, a sharp reminder to us that the difference between a status of imprisoned or not is often tenuous and temporary. With thousands of arrests for protesting, rioting, and property destruction from last summer’s George Floyd uprising, we must be preparing for the possibility that more of our friends and other rebels may end up in prison. We’re also seeking to find ways to facilitate interactions between our long-term prisoners and uprisings in the streets. We were happy to share the production of this episode with the lovely folks at June11.Org. To this end, we speak with:

END_OF_DOCUMENT_TOKEN_TO_BE_REPLACED 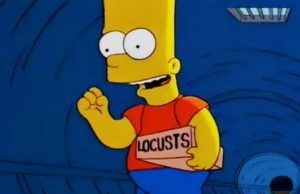 Realicicada Guerrilla Cinema! Cicada season is upon us like an old testament wonderland! Let us congregate for this CICADA themed horror movie in 3-D (because of all the cicadas flying around) Cicada paraphernalia encouraged! Bring chairs, blankets, bee-keeper’s masks if necessary…

Please invite your friends to this rare celebration, and please read about the cause any donations will be going to:

For the past decade, June 11th has been a day of solidarity and support for long term Anarchist prisoners www.june11.org highlighting Marius Mason, who was arrested here in Cincinnati in 2008 for environmental direct actions carried out in the late 90’s. Marius was sentenced to nearly 22 years prison, the first few in a maximum security Communications Management Unit far away in Texas. Marius’ incredibly harsh punishment for crimes that ran no risk of injuring anyone (property damage only) is considered the epitome of what’s become known as the Green Scare; the US government’s strategy of treating eco-defense as terrorism in order to protect the destructive business practices of large corporations. Fortunately in the years since Marius’ arrest, the realities surrounding this scenario have become much less obscure or avoidable, as the world begins to witness more effects of climate change and to what extremes the ruling class insists on holding us hostage in their suicide mission for profit.

The point of June 11th is to not forget people like Marius are still doing their time. Lengthy prison sentences are the State’s attempt to sever a person from their community and break strong hearts. Maintaining support for prisoners via letter writing and commissary donations, along with keeping their stories in our conversations no matter how many years go by, are direct resistance to the intended dehumanizing effects of the prison system.

This year’s CICADA movie night in Cincinnati will be a benefit for Marius Mason. Patches, zines, and other stuff related to June 11th will be available. We’ll have supplies for letter writing if you want to send him some kind words. Any donations collected will be sent to his support team the following day! If you live elsewhere, check on www.june11.org for activities planned in your area, or make something happen yourself! Big or small it all adds up, in solidarity with incarcerated warriors and in defiance of a State so opposed to Human + Animal + Earth + TOTAL liberation! 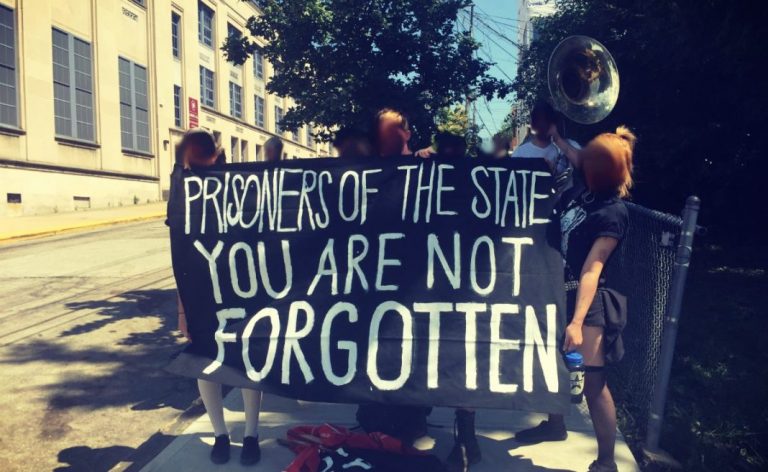 END_OF_DOCUMENT_TOKEN_TO_BE_REPLACED

Come join us at the Autonomous Zine Fest at Powderhorn Park on Sunday June 6th from 1pm – 5pm. We will have June 11 related zines, lettering writing materials, and will be taking donations. 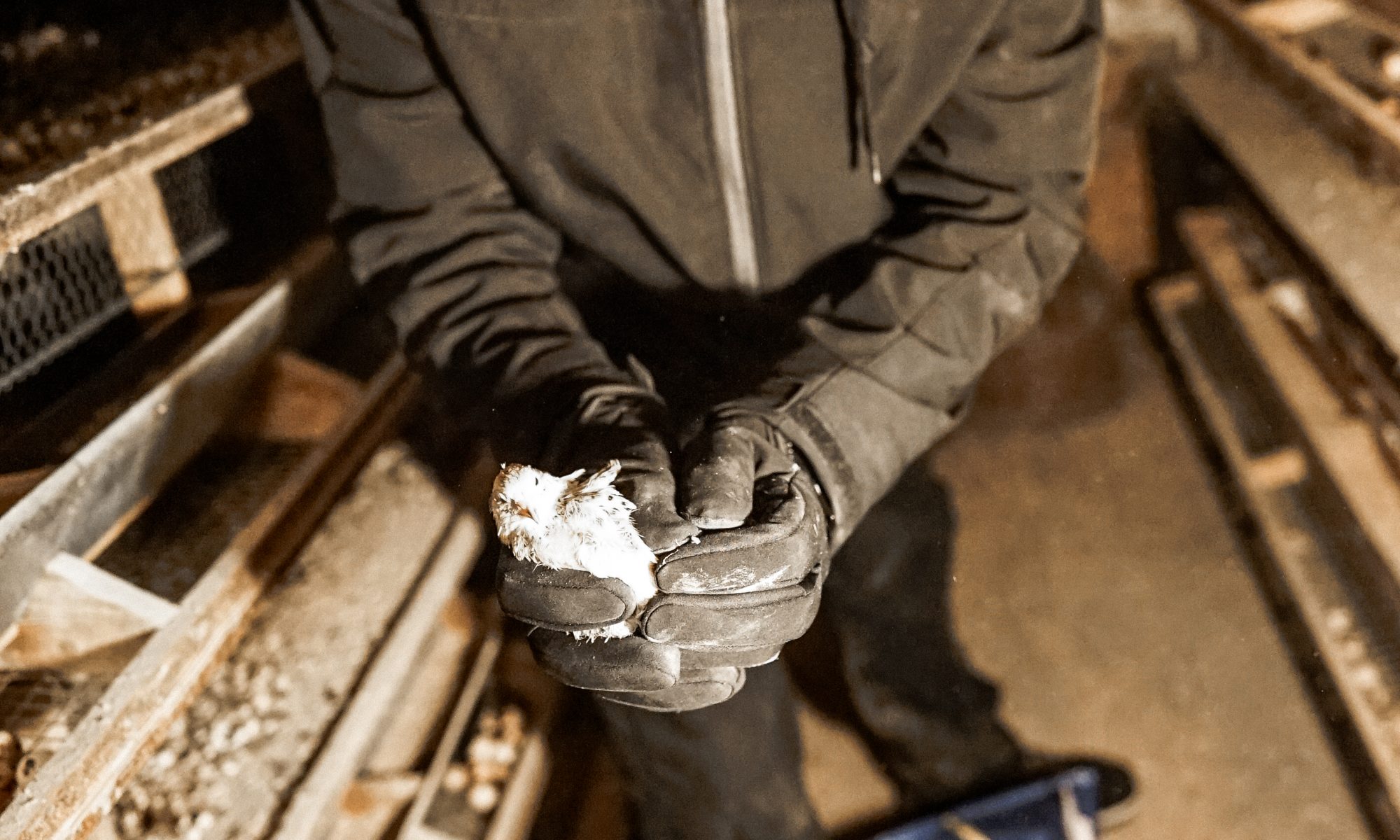 “We had never seen an intensive bird farm as disgusting as this. Birds shitting on each other whilst standing on wire mesh, a suffocating smell that we will not forget and cages so small the birds could barely stand.

The door proved to be easier than we thought. The lock took some convincing but our trusty bolt cutters were enough to access the shed. Once inside, we took 85 quails to safety.

Thousands were left behind. Crammed, exploited and forgotten, covered in spiderwebs and dust. Whoever is responsible for this shit will be hearing from us often. They don’t deserve to sleep until that fucking farm is closed down for good.

This June 11th, we remember Marius and all long term anarchists locked up in prison. Fuck the cages, fuck the justice system, fuck the cops, fuck the lot. 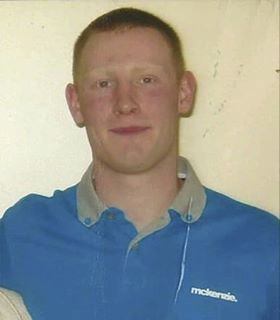 I suppose my story is far from usual. It begins as a teenager, not yet 18 years old and angry at socio-economic conditions within his community.

Growing up in working-class Irish Republican areas, it was inevitable that I would be intensely exposed to that ideology and its propaganda. It claimed that all the ills in Irish society could be blamed on British state interference and that only an independent socialist state could offer a solution. The history, the romance, and the already strong presence in the community were hard to resist. I had found my answer.

Being young and inexperienced, my involvement was quite peripheral. It amount to not much more than attending street protests and distributing propaganda. However minor my role, the state took a dim view. I had dared to challenge its status quo; I was now a legitimate target.